Penny Dreadful, a dark, supernatural show set in Victorian Britain. Get in! My favorite era mixed with my favorite genre AND references great literary characters?! IS THIS HEAVEN?!

I am obsessed. The last show I was this enthralled by was Heroes in 2007... 8 years ago. Yes, this is a BIG deal for me. I discovered Penny Dreadful 2 weeks ago on a plane from NYC to LA. They were showing the 1st Episode of the 2nd season for free while the first season cost a dollar per episode. I was so intrigued by the description, yet still a cheap ass at heart, that I watched the free episode. And that was it. I couldn't wait to get back home and devour this series. It was love at first glance.


If you haven't yet seen this show, let me introduce you to the wonderful and horrifying world of Penny Dreadful. Hopefully by the end of this post you'd be downloading the first episode.

What a cast! Some randomers and has-beens but it works! It works SO well. Eva Green as Ms. Vanessa Ives (The Dark One)

I don't know who this person is, but Google tells me she's a french model/actress. Google also tells me that she has starred in the 300 sequel, the Sin City sequel and as a Bond Girl (Casino Royale). Nothing spectacular really but she is spectacular. Great acting, perfect for the role. She looks possessed, dark and mysterious. Her performance gives me the chills. Most of the characters in this show resemble literary characters but Vanessa is supposedly a new character and I can't link her to anyone. A troubled young women with a barely suppressed dark side.

Josh Hartnett!! He exists!! AND HE HAS A BEARD! Who would have thought! I didn't even recognize him. 3 episodes down the line, my boyfriend mentioned that Hartnett was in the show and I'm like really? He hasn't shown up yet. I then realized that he's the main character and went completely unnoticed by yours truly. But Seriously! Josh Hartnett! Who's heard of the guy in the last 8 years! Great performance though. Again, who would have thought! Ethan is an American Gunslinger who's in Britain for unknown reasons with dark secrets of his own. He's also a new character, but I can't get Roland Deschain (Stephen King's Gunslinger) out of my head whenever I see Ethan. The only common thing is the Gunslinging I know, but that's who I link him with. 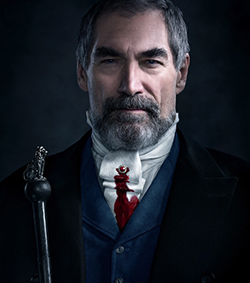 Can anyone believe that this guy is 71 years old?! Botox does wonders. He looks so good that I would like to look like that when I'm 71! This character resembles Allan Qautermain (1800's novels by H. Ridder Haggard) who featured in The League of Extraordinary Gentlemen portrayed by Sean Connery. The plot feels a bit similar too as both characters lead a team of not so humans on a mission. Sir Malcolm is a self centered dick that creeps me out. I don't trust him.

Wow. Frankenstein is the best character in the show in terms of plot line and development. Treadaway is virtually a nobody, but I'm pretty sure his performance in this show is going to propel him into the spotlight. I don't know if it's his acting or if he just got lucky with his plot, but this character has the most meaningful interactions with everyone and just feels real. You can see the struggles within him and how he's changing over the course of the season. He also incites such conflicting emotions within me, on one hand he's like an innocent and passionate little boy following his crazy dreams regardless of the consequences and on the other hand, he is a ruthless son of a bitch who would do unspeakable things to accomplish those dreams. Very interesting portrayal of the character. 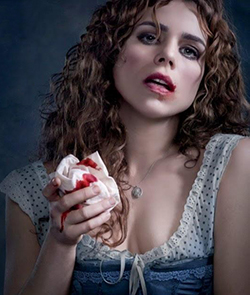 I don't watch Doctor Who, so the last I've seen of Billie Piper was this: https://www.youtube.com/watch?v=Z9LjOQVBFmA. It did not bode well for the show, but again! Pleasantly surprised! The directors sure know how to bring an acting career back to life! Brona Croft does not remind me of any other character in particular, she's a dying whore who gets tangled up with Ethan Chandler (literally and figuratively) and serves mostly to complicate the sub-plot in the later episodes. 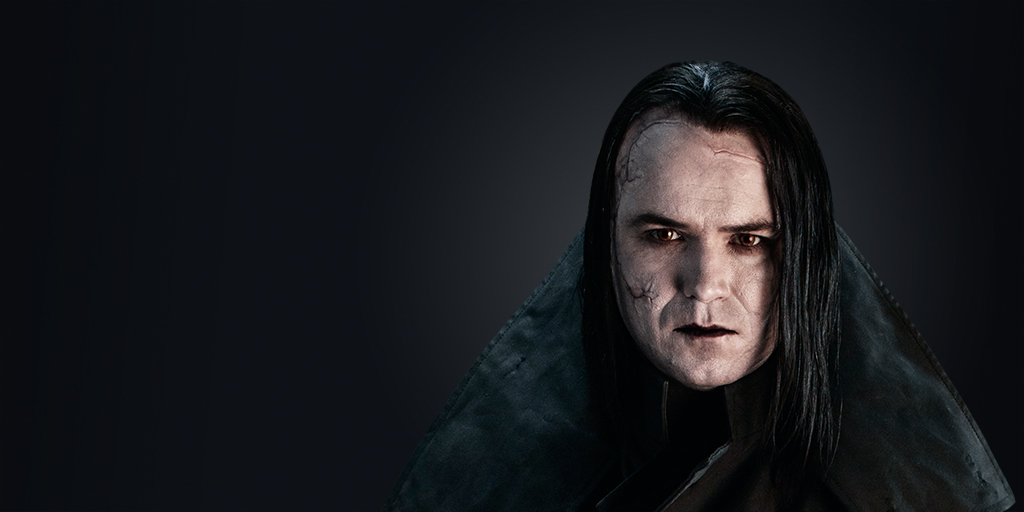 Meh, this is my least favorite character. He just mopes around all the time, understandably yes, but it's just so annoying. Also, Benedict Cumberbatch's live performance as Frankenstein's Creature has raised the bar way too high for anyone to come close anytime soon. Sorry Rory, nothing personal. I guess, Caliban's sub-plot has some potential for the second season, hopefully he'll do something other than killing people and being a rain cloud.

Well, nothing groundbreaking really. We've got our demonic possessions, vampires, immortals, werewolves, monsters, you know, same old same old. What's great about this show is the evolving relationships between the characters and the character development. It feels like an Epic Novel, every character counts. Everyone is interesting in their own way. It's not just 2 main characters and a host of minor characters who's sole purpose is to feed the main character's plots. No, everyone has their own mini role and story to follow. I love that. I just hope the series will maintain it's momentum and not succumb to the cash cow syndrome and produce crappy filler episodes. *crossesfingers*.

What can I say, I love this show. It's shot in a wonderfully creepy way and I want to get lost in it. It's also made me break my rule of never watching/reading a series that has not been completed yet and now I have to suffer along with the masses while waiting for the next episodes to come out.