Oh.My.God. What an emotional roller coaster! I've fallen in love with this series all over again. I've forgotten how amazing this installment was. This installment is equivalent to finding water in the desert. After 11 books of world building and plot twisting we have a climax. This is the turning point in the series, the last 2 books serve as a resolution. What a book! I read the bulk of it while on holiday and I spent all the train/plane rides either crying, laughing or talking to myself in excitement. Oh wow.

You can tell that the writing has been altered. Sanderson has a younger more straightforward voice but kudos to him for maintaining the essence of WOT. I LOVE RJ, he created WOT for us and I'm a die-hard fan but I must say that Sanderson taking it over worked out really really well.

This is non-stop action, things are moving along with EVERYONE. Egwene's plot is kick-ass. I decided if they ever got this series on TV, I'm auditioning for Egwene's role. And Rand.. ah Rand.. all I can say is ABOUT FREAKIN TIME! I'm really surprised that the first time I read this, the implications of Rand's emo-ness totally went over my head, I mean it's so glaringly obvious.. how did I not see it?! Now I understand though and big claps for Jordan once again.

I'm just so overwhelmed and really sad that I have one more book to go before I finish my re-read and reach the final book.

This is Where I leave you - Jonathan Tropper

A well written witty book about a dysfunctional family. Great array of characters and lots of dark funny moments.

Everyone can probably relate to this book on some level because really, what family isn't fucked up somehow?
Posted by lilyan at 10:18 AM No comments:

Before I go to Sleep- S.J. Watson

Bullshit story.2 stars for managing to creep me out in some instances. Other than that.... 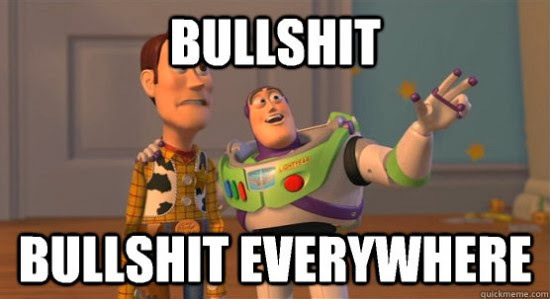 I can't really say much without ruining the book so I'll try for basics.First 10% of the book was great. It started with a catchy chapter and an interesting premise. The next 80% was an amnesiac's diary. An amnesiac who forgets her life every day.. Basically, every chapter was a recount of all the chapters before with a bit of added info at the end.

Just get on with it FFS!! The ending was not worth living through the redundant chapters. Oh my god. The ending was so embarrassing. Have you ever watched a straight to video thriller? Like Abandon or House at the End of the Street? Cheesy, crappy thrillers with a bad dialogue and a cringe ending. That sums up this book. No wonder it was made into a movie, it screams lame thriller. So the author tried to throw in clues about the ending in the form of red herrings. You knew how it would end, but your brain kept fighting against it because it was sooo fucking retarded. You read on, hoping, no, praying that you are wrong and the author can't possibly be that bad. Can't be possible... but it is.. it is possible. Watson clearly has no clue about amnesia as a medical condition or about how real life works in general. So you read on shaking your head in disbelief and eventually laugh at the absurdity of it all. Then you double check the rating on goodreads and you shake your head some more. Eventually, you sell the paperback, delete the audio/e-book and develop a select type pf amnesia that deletes this story permanently from your brain.
Posted by lilyan at 1:02 PM 1 comment: